We have a nice suggestion for tourists of Tabriz city. After surfing in the historical city of Tabriz, visit the beautiful old house of Behnam, which is one of the historical houses of the city and of course the most beautiful one.

Behnam house was built in the late Zandieh era and the early Qajar era and was renovated in the Nassereddin Shah Qajar period. Ornamental paintings are one of the most attractive parts of the house; possibly these paintings were added to house after renovating. Behnam house was used as a residential house in the past but it is now part of the Faculty of Architecture and Urban Planning of Tabriz Islamic Art University. The house is located in one of the old neighborhoods of Tabriz called Nobar, which is now known as Maqhsoudiyeh.

The house has covered an area of 3000 square meters and attracts all visitors by its artistic gypsum plasterboard and paintings. 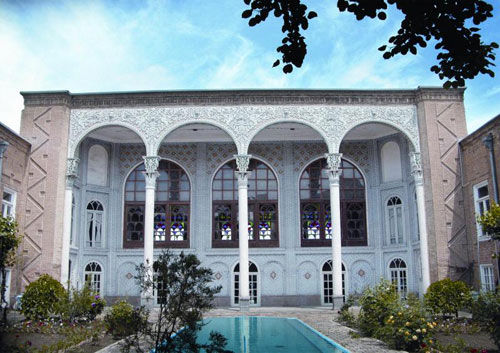 Behnam house was built in traditional architecture style of Iran which contains exterior and inner courtyards, vestibule, corridor, facade, columned balcony and etc. The building with its architecture (design and construction) and decoration is a readable residential house and has a particular importance.

It contains a winter building and a smaller structure as the summer building. The main building is located on the northern side of inner courtyard and has columned balcony as a summer residence and also a basement. This building includes several rooms which has different sizes. Every visitors can see the amazing symmetry view of the house. The roof of interior rooms is used as moonlight which is located on the northern side of the building and facing the inner courtyard. There was a stable, kitchen, toilets and etc. on the western side of the building which has been destroyed.

The southern balcony of summer building and northern balcony with wooden plastered pillars and capitals (the topmost member of a column) is considered as the alcove of house and has a unique beauty. The front view of house has been decorated with gypsum plasterboards. You can see the beautiful Muqarnas (a form of ornamented vaulting in Islamic architecture) on the arcades of the both sides of south balcony.

The interior and exterior places of Behnam house due to the design of the house according to different seasons, has been considered as one of the most practical buildings with Iranian architecture; the balance of temperature can easily be detected by visitors of the house. Behnam house has a unique view due to its multi coloured windows, arches and long porches. 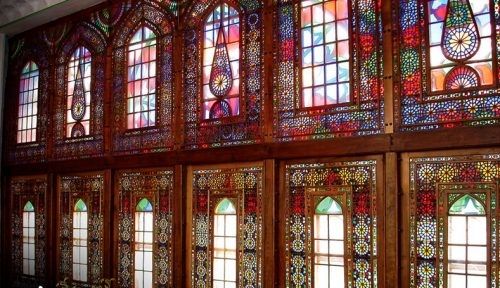